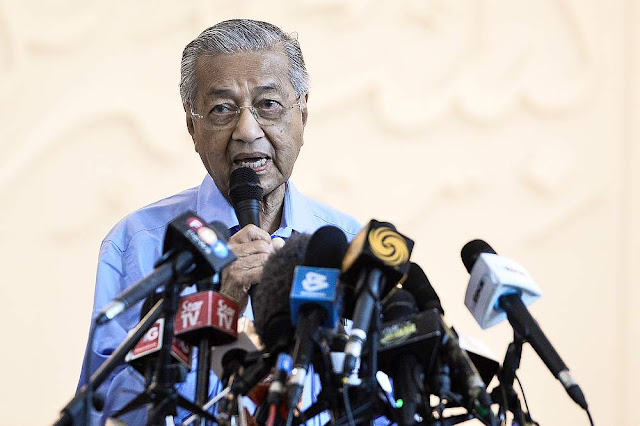 KUALA LUMPUR, March 11 — Tun Dr Mahathir Mohamad has conceded Pakatan Harapan’s chances of pushing a no-confidence motion against Prime Minister Tan Sri Muhyiddin Yassin.
In an interview with Sinar Harian, he said his successor now appeared to have enough support from federal lawmakers to remain in the post.


“(He) can last until the general election. Now that he is the government, he can afford to offer inducements to many.

“I found that some of my supporters have been made ministers, so they switched sides,” he said in the interview.
Dr Mahathir also maintained that Pakatan Harapan had mustered the support of 114 MPs — two more than needed for a simple parliamentary majority — but was unable to keep hold of this number.


He then said the prospects of the no-confidence motion the coalition was planning against Muhyiddin now appeared to be dimming.

Dr Mahathir repeated his allegation that Muhyiddin was enticing his supporters to defect.

“Of course when he offers for them to be ministers, people find it hard to decline. I cannot offer them anything.”

PH had previously planned to contest Muhyiddin’s support in Parliament but the March 9 meeting has since been postponed to May 18.

PKR communications director Fahmi Fadzil also suggested before that the Malaysian Anti-Corruption Commission should investigate MPs brought into the Muhyiddin administration but who previously pledged for Dr Mahathir.

Dr Mahathir resigned unexpectedly in February to trigger a political crisis that brought down the PH administration and culminated in Muhyiddin’s appointment as the new PM heading the new Perikatan Nasional government.