Malaymail : It is boring to stay home but we have to, Dr M reminds Malaysians (VIDEO)
Download Aplikasi Portal Jambi di Playstore

Malaymail : It is boring to stay home but we have to, Dr M reminds Malaysians (VIDEO)

KUALA LUMPUR, March 22 — Former prime minister Tun Dr Mahathir Mohamad in a video message today said while being quarantined at home is boring, he stressed that it was the most important thing to do in combating the spread of Covid-19.

“I am currently undergoing quarantine at home, it is very boring, but I try to make myself less bored by reading, writing, and watching videos and shows that are available.
“It is hard to stay at home for days, it’s boring... but what can we do.
“If we don’t do this, the disease will spread and many people will die, so we must stay home,” Mahathir said in a video uploaded on his social media platforms.
Duduk di rumah, patuhi perintah kawalan pergerakan, isi masa lapang dengan perkara berfaedah.
Saya ucap terima kasih kepada petugas di barisan hadapan, doktor, jururawat, polis dan tentera yang memastikan kita semua selamat. pic.twitter.com/TZtaNtoD18
— Dr Mahathir Mohamad (@chedetofficial) March 22, 2020

Two days ago, he advised Malaysians staying at home during the movement control order to read.
He made the suggestion to the country observing the two-week mandatory shutdown since March 18. 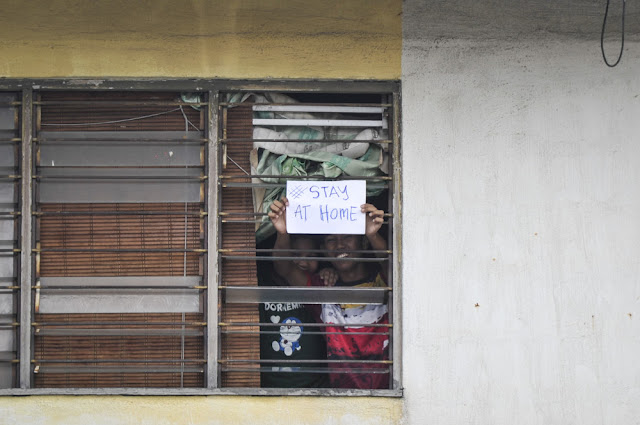 Petaling Jaya residents hold up a ‘#stayathome’ sign during the movement control order March 22, 2020. — Picture by Shafwan Zaidon
“What can be done while at home is to read. To gain knowledge and more, we don’t necessarily have to be in schools and universities (for the time being).
“We can learn at home using the internet and more,” he had written on Twitter.
Earlier today The Star Online reported that a close aide to the 94-year-old said Dr Mahathir has undergone the Covid-19 test on March 17 and was found negative.
“The test came out negative. He has been cleared.

Source : Malaymail.com
“However, he will still follow the protocol of observing the 14-days quarantine,” said the aide as reported by the portal.
Earlier this week, Dr Mahathir revealed that he had come into close contact with Bandar Kuching MP Dr Kelvin Yii Lee Wuen, who is being treated at the Sarawak General Hospital for Covid-19.
The Langkawi MP said that he was being in self-quarantine to minimise the risk of spreading the virus to others.