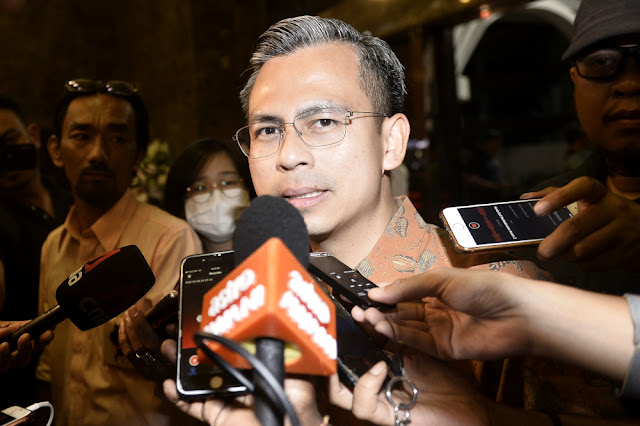 “There’s only 12.85 per cent of women, one day after we celebrated the International Women’s Day compared with PH which boasted a lot more female politicians.

“I think they have the average age of late 50s, around 57 years old. I am still looking at it,” he told reporters at when met at a PH event at the Sime Darby Convention Centre here.
Meanwhile, Parti Amanah Negara deputy president and Pulai MP Datuk Seri Salahuddin Ayub was also concerned about the increasing numbers of Cabinet members in the new government.

However, Salahuddin said that voters are more concerned about the ability of the new Cabinet to deliver socio-economic government programmes, which will risk ire from citizens if they fail.

“They have all gone through the review by Malaysia Anti-Corruption Commission and the police,” he said, referring to the Cabinet members.
“(The numbers) is not the main issue. The issue is that people will wait for the new Cabinet to deliver. The people will wait for economic programmes which were part and parcel of PH government, the Shared Prosperity Vision. The people are waiting for what is good for the country.”

Meanwhile, Amanah information chief Khalid Abd Samad claimed that the Cabinet line-up was aimed at fulfilling the wishes of all the political parties who are backing this new government, saying that this was achieved through the creation of many more positions at the minister and deputy minister level.
“There are 70 positions including PM as compared to just 55 under the Pakatan Harapan government previously. It’s a Cabinet where all get their spoils,” he said in a statement, including deputy ministers in his tally of the size of the Cabinet.

“This Cabinet composition also does not reflect the ethnic composition in Malaysia. This is because it is only formed of traitors and kleptocrats that cooperated for their respective interests,” he said, without naming those he considered traitors or kleptocrats.
Former deputy minister of women, family and community development Hannah Yeoh said Datuk Seri Dr Wan Azizah Wan Ismail’s role as a female deputy prime minister will be missed.

She said she is concerned about the National Strategy Plan in Handling the Causes of Child Marriage that she championed together with Dr Wan Azizah.

“What will happen to our national road map to fight child marriage with the appointment of MP from PAS as deputy minister?” she asked.
Muhyiddin earlier today announced a new cabinet line-up and expressed hope that those appointed into his Cabinet would be able to deliver the best and most efficient level of service to the people.

Muhyiddin said those appointed into ministerial positions were chosen to realise his vision of forming a Cabinet that is competent, people driven, transparent and with integrity, focused on delivering effective services, while maintaining a solid structure system.